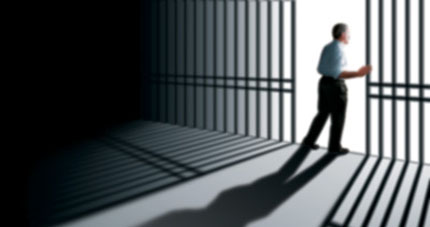 In ULK 8 we focused on the economics of u$ prisons, touching on the likelihood of current economic trends cutting into the bloated government budgets for prisons. While the topic continues to attract a lot of attention, a report on the recently approved budgets for fiscal year 2010 proves to be a bit of a mixed bag.

Since staffing accounts for 75-80% of "corrections" budgets, staff reductions, pay reductions and closing facilities are the most effective and widespread means of cutting costs. But cutting food, health and programming are also widespread in the new budgets.

Overall, spending is going to go down next year, bucking a quarter-century trend. The report had data from 33 states, and 22 of them are reducing their prison budgets. Since then, the biggest prison state, California, has passed a budget cutting $1.2 billion from the department of corrections (one of the largest percentage cuts across the country). (2) California is also in the interesting position of facing legal pressure to reduce its prison population. Building Serve the People programs to support comrades after release from prison is a more pressing task than ever.

However, MIM(Prisons) is not convinced that this trend will continue, significantly cutting the amerikan imprisonment craze, as some think. This is based on our analysis of the u$ prison system being about social control and not about making money. If unemployment goes up, we predict that amerika will continue to push the strategy of paying one sector of society to imprison and rule over another.

As we have explained in ULK9, there are no profits to be made in operating prisons. Like all military and oppressive forces of the state, these are completely non-productive, parasitic operations. Unlike a capitalist industry that tends to minimize labor costs relative to other capital costs, these parasitic operations are set up to distribute fat paychecks to those most loyal to the imperialist system. Hence spending 80% of the budget on staffing.

To put the numbers in some perspective, the $52 billion spent in 2008 on state prisons in the united $tates is equivalent to the the Gross Domestic Product of Afghanistan and Nepal combined, for the same year. (3) That's over 50 million people who must run two whole countries on the same amount of resources provided to the 430,000 amerikans employed in "corrections" to run a population of 2.3 million prisoners. (4)