by a Pennsylvania prisoner July 2009 permalink 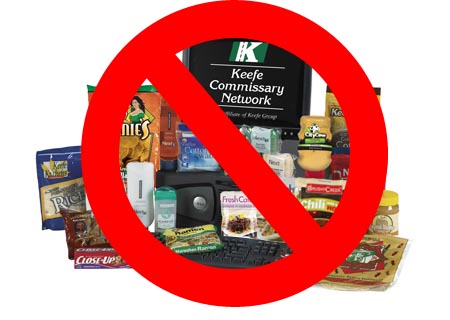 We are bring to the attention of the masses in the gulags and amongst the populace the corporate monopoly of the Keefe Food Group over Corrections Institutions in North Amerikkka. The Keefe Group is a subsidiary of the Centric Group LLC. It appears that this conglomerate has exclusive lucrative contracts throughout county, state and federal systems.

The corruption and abuses experienced by prisoners nationwide is well known to those of us who are subjugated to the system. However such practices under imperialism are not limited to the Prison Industrial Complex. Therefore, a just fight against Keefe Food Group and its parent company, Centric Group LLC, in these concentration camps can have direct cross appeal to the citizens in society who are battling wall street predators in banking and housing markets.

We are calling on readers of MIM(Prisons) Under Lock & Key to write Keefe Group in their county, state or federal prisons. We are asking people to compile a list of the prison's commissary prices along with any lawsuits or other documented abuses by Keefe Group. If any prisoners have had success with terminating the Keefe Group monopoly in their state system we would like to know the details of it and how the victory was achieved.

MIM(Prisons) responds: We agree with this call to collect information and launch coordinated battles against companies benefiting off the oppression of prisoners. However, a Marxist analysis of Amerikan society reveals that it, like other imperialist countries, is comprised primarily of labor aristocrats. These are people who are not exploited but rather are benefiting from the spoils of imperialist exploitation. Because of this benefit, even in economic downturn they have financial interests tied up with capitalism and so will continue to support the system. Certainly this may not be the case forever, and as imperialism weakens it may have to turn back to exploiting people at home, but for now, the imperialist country citizens are not likely to ally with prisoners based for economic reasons alone as is implied in this article.