by PAPO of United Struggle from Within January 2010 permalink 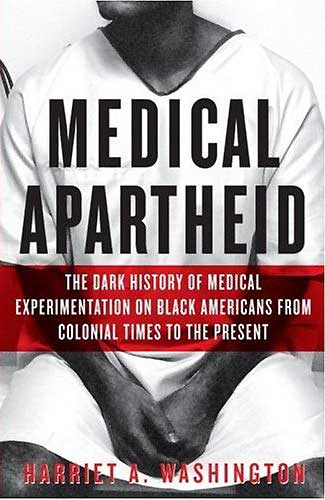 Medical Apartheid: The Dark History of Medical Experimentation on Black Americans from Colonial Times to the Present
by Harriet A. Washington
Doubleday Press, 2007.

I would like to contribute to ULK by adding to every issue a book of the month club to bring consciousness to those already down with MIM. My first book is called Medical Apartheid. It is about J. Marion Sims, a doctor (mad man), who operated on Afrikan wimmin here in the u.$. without anesthesia. He used at least 9 people to hold these sisters down against their will while he took out their ovaries. This caused a medical condition known as Vaginal Fistula, and earned him the moniker of "the father of gynecology."

There is a statue of Sims erected in Central Park honoring his inhumane acts. Those of us living in NYC need to explain the true her-story of what he did to our children who may visit this statue on a field trip. We need to teach them her-story from the perspective of the real gender oppressed, not those who pose as "feminists" and attack the oppressed peoples.

It is important that our people become enlightened about this practice, which was just one example in this book of what we had to endure just for being Afrikan in the united $tates. From the times of slavery to examples in the 1990s, Afrikans have been used as guinea pigs and targeted for racist experiments. It is the gender oppressed who are especially targeted: wimmin, children and prisoners.

The author discusses "iatrophobia," which is the continued fear of doctors that Afrikan people experience under patriarchal imperialism. This fear is based in real life experience, but it also contributes to decreasing our access to needed medical care.

This book is very sad and will open a floodgate of tears for its readers. Hopefully through promoting books like this we can reach our brothers and sisters who wear blue, red, black and gold to stop thinking white!