by USW461 of United Struggle from Within February 2010 permalink 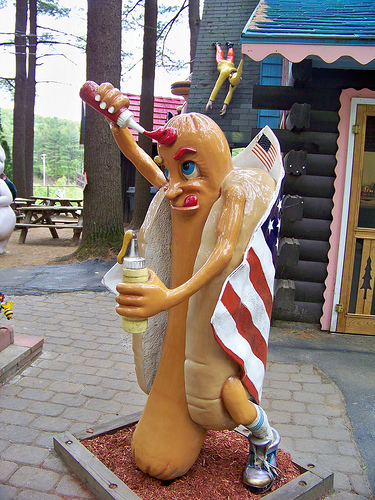 While reading MIM Theory 11: Amerikkkan Prisons on Trial about how all United $nakes prisoners are political prisoners, and most all of these are oppressed nations, it made me question if maybe these statistics differ much in the state of Utah?

The Utah population is mostly white, so much so that over half of us convicts in these chambers are white. This statistic must really be an anomaly in the overall U.$. percentage rate of those incarcerated. Of course it's poor whites who can't afford lawyers who are caged here. But what saddens me to my very soul is seeing these whites running around with swastikas saying they love Amerikkka. Saying it's not the unjust in-justice system that targeted them for slavery but it was because they chose this path, they chose not to work and slang drugs. Did they choose too to have their fathers and uncles institutionalized, I ask? Where was your father growing up, where was your dad when you were starting to buck the system that you supposedly love so well? Not in prison? So your son is now destined for the very same fate as you and your father...and you love this system?!

We were served hot dogs for the fourth of July and these people, my peers, were happy. Yelling out on the tier, "Happy fourth of July." I screamed back, "Fuck Amerika!" If we wasn't all in solitary, the looks on their faces would of made the Mona Lisa frown. The audacity of this Communist to say "fuck Amerika." We got hot dogs and fireworks, they say, we have it much better than prisoners elsewhere.

Is this what we've come to now? Even though our families are ripped apart, severed from each other like so many heads from chickens. Now it's our fate to run around headless, knowledge-less, happy that our captors (with swastikas too under sleeves and on hearts) feed us a damn hot dog!

As a child I remember visiting my father here at the Draper prison and even then I felt anger at him and a sort of disgust. Isn't that how they feel on T.V. about criminals? Isn't that how I should feel, too? Well I did. I hated him. His very own son. And why? Because that's what I was "taught" to do. I was mind-fucked into hating my very own father the same way these lumpen racists are mind-fucked into loving a country that takes everything from you but a damn hot dog.

Now I'm the one that's hated when mail call or visiting comes around, ("Whats wrong with you?" looks hidden behind what could have been smiles). I see my nephew's face and the hostility there masked, just barely, and I want to grab the little guy and tell him, whisper, don't listen to them man! Little buddy wake up! Wake up! But visiting is over and mother and grandmother won't allow any of that "revolution" talk in front of the child, let alone any truth in letters. Return to sender. Return to ignorance. Is this how you felt, pops, at our visits? Was that why you looked at me that way? Was it pleading? As you sit in "population" or "Lone Peak work release" and I struggle here in solitary supermax, my brother in county jail, uncles and aunts in CUCF, I understand now. But it took me twenty seven years to do so, twenty seven years of self-hate, suicidal thoughts, homicidal anger, clouds of drug smoke and alcohol fog.

All I ask you sick, demented, money hungry, cold, imperialist nation is one hour. You and me alone in a dark alley. Put down that fascist oppressive stick and take off that bullshit white power mask. We'll see who is the better man. Even with my malnourished body and soul, you'd be the one on the cold concrete, Uncle Sam. You'd be the one eating garbage, unable to get up. Every fiber of my being is now tied up with the Maoist Internationalist Movement. I, or my son, or my son's son will take up the gun beside the people when revolution calls. It's not going to stop until we stop it.

Most of the time we don't even realize anything's going on. Hell, how could we when we have hot dogs?! We must find a way to wake everybody up to what's happening. It's up to us, the youth of today's generation, to figure out how best to halt the ignorance, to wake them up! The old to teach the new and the new to redo or reinvent strategy, reinvent new agitations, new minds who maintain the same line and disciplines but with a spin on dissemination, essays, and politics.

Of course the world knows what time it is but in order for our part of the revolution to have enough strength, enough firepower and muscle to take down the bourgeoisie, we need all hands on deck. We can't be having our own family and peers wearing the wrong colors and waving the wrong flag. In my eyes those who won't listen to the truth, who won't take their eyes off the Seinfeld reruns, family included, those are the ones who will first trip up the movement. They'll give the pigs the momentum to take us down. Personally I'm in prison because a family member called the kops. The more I'm learning, the more I understand the underground status, and believe it applies universally. And that's what makes it difficult to lead by example or spread the word. This contradiction is an important one and I think the answer or solution is right here in us, in the youth. We just have to realize this.

I send strength to all comrades worldwide. As one!

{Saved by the bell

we are made this way,
then punished for being this way!
be afraid motherfuckers
its back to school today.}

MIM(Prisons) adds: Yes, Utah is an anomaly. The Black nation makes up half of the U.$. prison population, while representing about 12% of the overall population. And that is one legacy of the material basis for building socialism among Blacks and not whites. We should try to ally with all who can be allied with, but as we see Amerikans "waking up" they are too often turning to fascism.

Actually, this is a good test case for the "re-proletarianization" of the United $tates. Some argue that we must organize Amerikans now in a mass movement for socialism because as imperialist crisis advances they will become proletarian again. First of all, Amerikans have never been a proletarian nation. They began as an oppressor nation over the indigenous people of the Americas, followed soon after by African slaves and countless other peoples throughout history.

Utah prisons are an interesting example because we actually have a majority white population losing their economic privilege as well as facing extreme repression. And technically, a portion of them are even being economically exploited. An economic collapse in the u$ will not suddenly cause a boom in industry, so a lumpenization is a more accurate description of what will occur than a proletarianization. In this sense, the Utah case study parallels the hypothetical future Amerika pretty well.

So, what is the result? A minority of whites, like our comrade here, will become radicalized towards finding solutions to the inherent contradictions in the system. The majority of whites will cling to their heritage and wave Amerikan flags and scream white power.

All U.$. citizens are criminals—accomplices and accessories to the crimes of U.$. oppression globally until the day u$ imperialism is overcome. All U.$. citizens should start from the point of view that they are reforming criminals. Comrades like the writer are already well on their way to becoming contributors to a brighter future for humynity.