Hip Hop in the Scopes of the State

Show them as scurrilous and depraved... Have members arrested on marijuana charges. Investigate personal conflicts or animosities between them. Send articles to the newspapers showing their depravity. Use narcotics and free sex to entrap... Obtain specimens of their handwriting. Provoke target groups into rivalries that may result in death. - FBI COINTELPRO tactics documented to be used against political musicians(1) 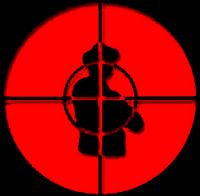 One indication of the revolutionary potential of hip hop is the bourgeois state's reaction to it. Just this summer, police arrested Paradise Gray of X-clan, and the Zulu Nation, which played a big role in shaping hip hop in its earlier years. Gray was arrested while he was filming a demonstration against gentrification. (2) Paralleling some of Tupac's efforts discussed below, Gray is currently working with 1Hood to promote peace among the oppressed nation youth in Pittsburgh, PA. There's nothing the government fears more than for the oppressed to stop killing themselves and each other.

While the popular culture likes to see Reality Rap, now known as Gangsta Rap, as the beginning of the ultimate corruption of hip hop, the truth is that pioneers Ice-T, NWA and Tupac were unabashedly opposed to the state and received a lot of heat for it. Their shows were canceled, their records delayed, their songs were censored and they faced constant surveillance and regular harassment.

While the forms of art that originated in hip hop culture have been greatly co-opted through the corporate media to serve the state itself, the potential threat of a culture that keeps strong roots in the oppressed nations remains. John Potash put out a detailed documentation of the history of the state's use of COINTELPRO against musicians, connecting it to operations against revolutionaries who preceded and often inspired them. He describes how the NYPD formed the first rap unit with COINTELPRO training, and then went on to train other metropolitan cops around the country. His book centers around the life and murder of Tupac Shakur.

Tupac Shakur's step-father was former Black Liberation Army and revolutionary physician, turned prisoner of war, Mutulu Shakur. He was one of a number of influential elders in Tupac's life as he grew up that were part of the Black Power movement. In his meetings with Tupac he says that he pushed Tupac to question and define this Thug Life thing, which they eventually did together in a 26 point code that was accepted by Bloods and Crips (and later others) at the 1992 peace summit in Los Angeles. (3) This led to a major counterintelligence operation targeting those involved, including Mutulu who has been caged in a federal control unit ever since.

Sanyika Shakur, a former Crip leader, was one who was inspired to support these efforts. He was also targeted for isolation in the California prison system where he currently sits (such peacemakers are the so-called "worst of the worst" that fill these torture cells). As he pointed out, the government had reason to be concerned about these efforts to unite Black and Latino youth as the street organizations in South Central were recruiting more young people each year than the four armed forces of the united $tates combined. (4)

John Potash's detailed research into 2pac and other musicians and Black leaders, show clear connections between government black operations and the repression of those who mobilized oppressed people. The primary role that Tupac played in the "East vs. West" feud in the hip hop scene was ironic after his work to unite warring sets in Los Angeles. But Potash paints a picture of state-led manipulation that led Tupac to play into their plans.

Potash traces the use of sex and drugs to manipulate both activists and musicians as described in the FBI document quoted above. The sexual assault charges brought against Tupac were one example of this. (5) Death Row Records, who he paints as an FBI front, kept 2pac swimming in alcohol and weed, like the FBI did to his mother when he was a kid using a drug dealer who got close to her. Death Row even turned Dr. Dre, who once rapped "yo I don't smoke weed or sess cause it's known to give a brother brain damage", into a giant weed ad with his debut solo album, "The Chronic." In the decade that followed, regular marijuana use increased significantly among Black and Latino youth, with greater disabling addiction problems, perhaps do to increased potency of the drug. (6) Today, weed and alcohol are constantly praised by rappers.

In his last days, Pac was sober, reading Mao and talking about uniting Blacks across the country. He was soon killed and no one was charged with the murder even though he was being closely watched by multiple state agencies at the time, just as Biggie was at the time of his death.

A big lesson to take from "The FBI War on Tupac Shakur and Black Leaders" is that the government has a strategy for neutralizing potential leaders that they use over and over. To counter this, activists need to be aware of the strategies and develop strategies to counter them. As an individual Tupac was easily manipulated, but even a disciplined party like the Black Panthers was manipulated into a similar East vs. West coast division that could have been avoided. In both cases, the FBI took advantage of internal contradictions among the people involved. So, while studying FBI tactics is a useful way to defend ourselves, more importantly we must put politics in command to make a movement that is difficult to knock off course.