One dead in Corcoran, Others’ lives at risk

The strike went off with a bang today, with a reported 30,000 prisoners across most of California’s prisons refusing food on the first day of the strike.

The latest round of negotations with the CDCR have failed. The Short Corridor Collective have released a statement announcing this and the plans for indefinite food and work strike starting July 8th. Comrades in Corcoran and San Quentin’s Adjustment Center are organizing to begin hunger striking this day as well. All prisoners are called to stop work starting July 8th to support the struggle for an end to torture in California prisons. MIM(Prisons) has begun circulating update letters to our supporters in California. Donations of money and labor to support this work are welcome. Articles updating this campaign are linked below.

The Security Housing Units (SHU, also knowns as Control Units) were developed to isolate the most capable leaders among the prisoners. The groups that weren’t crushed were outlawed. Through the process of “gang validations,” the control unit in PBSP is used to limit the organizing abilities of members of oppressed nations. The more politically active and revolutionary-minded a prisoner is, the more they are targeted by the state for transfer to Pelican Bay or another SHU. People are not isolated because of violent acts they commit, or even for having plans of committing violent acts; they are isolated because it is illegal for them to interact with their own people.

How does staff determine that someone is a gang member? Playing a game of chess with a validated persyn, receiving a greeting card from a validated persyn, or even just talking to a validated persyn can get you validated, too. “Confidential information” is often used to validate someone, which may be falsified by someone trying to save themselves from these inhuman conditions, or may not exist at all.

Oppressed people should be allowed to organize freely, even in prisons, and we are not content with a “more transparent” validation process, or a validation process conducted by a third party. The conditions in Pelican Bay State Prison reflect the state of the criminal injustice system across the United $tates. Prisons are used as a tool of social control, and this has resulted in the largest prison population in the world (relative to population size), and the locking up of large portions of the Black and Latino nations. It is no surprise that this system leads the oppressed nations to organize themselves behind bars. Self-defense against a system that is literally burying people alive would demand no less. This leads to an ever worsening cycle of repression and isolation within Amerika’s prisons. The only real solution is an end to the entire criminal injustice system. While we fight for that revolutionary change, MIM(Prisons) supports the demands of striking prisoners on short-corridor Group D in Pelican Bay State Prison.

Ensure the strikers are treated properly by staff. From a California prisoner: “Ask the Prison Law Office to do their job and file a motion to Judge Henderson to make sure the Inspector General and the prison medical overseer/monitor is here at PBSP from July 1 until the conclusion of the hunger strike. They should be here to make sure there’s no abuse, that no medical-records or weight-scale tampering is conducted by medical or prison staff, and no retaliation is conducted by the administration on any of the hunger strike participants. Examples of retaliation would be moving them, removing all liquids (coffee, tea, etc.) and all other property from their cells, etc. You can also ask Judge Thelton Henderson to get involved; ask Dem. State Senators and Assemblymembers Tom Ammiano and Jerry Hill to exercise their right as state legislators to oversee PBSP’s medical and prison staff during the hunger strike; ask the Office of the Inspector General to be here for the reasons mentioned above; get Governor Brown involved, and inform the media of our hunger strike.”

Sign the petition. If you can’t provide support on the ground, at least click here to sign an online petition. The creators of this petition plan to send it to Governor of California Jerry Brown, Secretary of CDCR Matthew Cate, and Warden of Pelican Bay State Prison Greg Lewis. 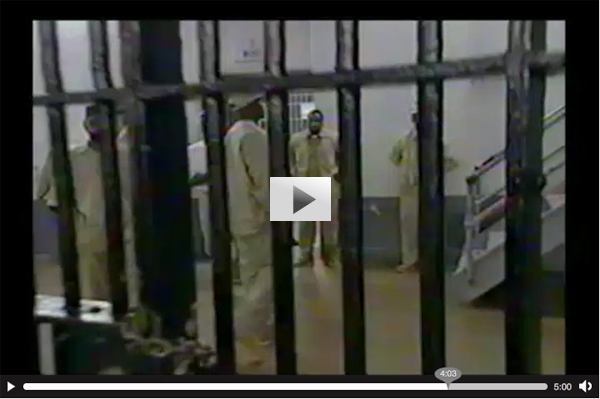